Tarot Card of the Day: The Emperor

Had a reunion with my tarot cards and I laughed. The Emperor is ALWAYS watching over my shoulder, urging me on to find strength and order in my life. He makes himself known. 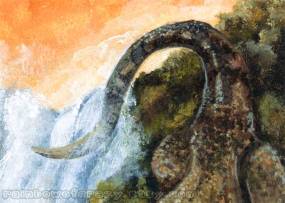 The Emperor and The Empress. I wanted some powerful contenders for the major arcana tarots, especially for The Empress and The Emperor. I felt that I could perhaps create a balance and connection between the two. I quickly became inspired by the symbolism of tattoo art, and the image of a tiger and a dragon coming together in a partnership. Of course, I didn’t want to paint an actual dragon; I didn’t want to dive into mythological animals for this tarot. So instead, I thought of the tiger for The Empress, and the komodo dragon for The Emperor. I wanted each card to be able to stand on its own, but created a link between the two. The Empress stands  at the base of a waterfall, looking up, and The Emperor at the top of the waterfall, comes down. I think it worked out in the end. 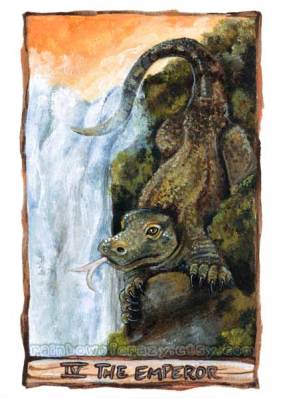 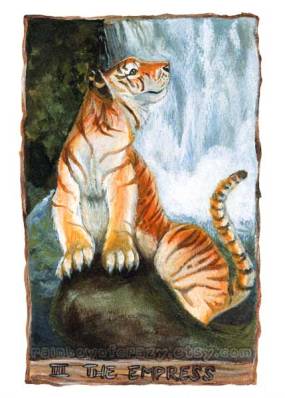 Day 204 – Komodo dragon in the making